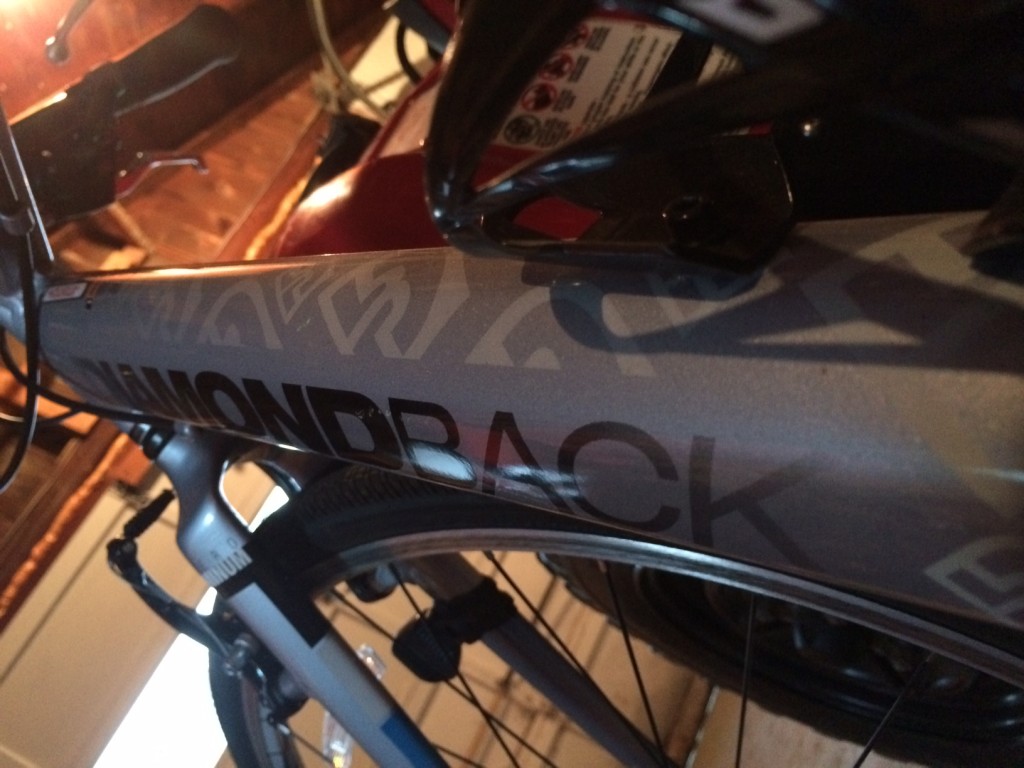 I’ve said for quite some time that 2014 was going to be an exciting year representing and doing events under my blog name FF4CURES and there would be new and exciting things to do.  I’ve ran, climbed, set new PR, been at new venues, new heights, added endurance challenges, four different states so far, and now I’m adding a new event, cycling.

I bought a bike a couple years ago that I could use for staying in shape and traveling differently with purpose of being able to use it in a race or a tour.  Its not the lightest out there, but far from just a typical big box store cycle and I must admit, it’s a pretty sweet ride.  Finally I’ll be able to put it to the test and see what my cardio classes have done for this type of event.

It was kind of a fluke that I found the event as I was perusing through my emails to check for junk and try to clear out some space.  As I sorted through the junk mail, somehow this event happened to fall in the wrong place.  The Westerville Bike Race coming up next weekend (May 31) in Central Ohio.  It was an event from the Central Ohio Cystic Fibrosis Foundation that took the place of the Battle of the Badges this year.

I’m excited and nervous to be competing in this since I have only biked for fun and exercise in the past.  I’m no novice rider, but when it comes to racing or competing on two wheels this will be a little different.  I figured when it came to racing there were some different things to know or that you need to do, but a racing license…a large rules book from the USAC and a few other things.  Registration completed, questions answered by Jason Carpenter with a phone call, and with the exception of some anxiety I’m ready to go.  I spent some time over the weekend tweaking the bike a little and going over everything top to bottom to make sure its ready.

I’m spending the week not doing anything too crazy, but my typical classes, and adding some rides in and working on transitioning from pavement types.  I drove the course on Saturday morning after another event in the Westerville area and looked at what areas I might need to be concerned with.  I try to pre-plan all of my events and come up with game plans; this one is close enough that I can get a better look at it.  I’m looking forward to Saturday morning and paying forward to another good cause!

What an amazing run, it was something that I wanted to compete in for quite some time and I decided that this would be the year that I do it.  Registering for the Commit to Be Fit 5k was an awesome choice and a way to kick start my running this spring in 2014.  I set a PR last winter on my 5k (I wanted to finish fast…it was 15 out) and I had something that I wanted to try and surpass.  I wanted to chase after that time and see what a few months of different classes, training, and events did for me.

The day of the race I was in complete and total shock.  I mean you hear how big this event and the Capital City Half Marathon are, but then to see 15,000 people all converging on downtown is crazy.  I’ve seen racing corrals before at Ohio State, but not to the extent that they were here at this event.  They stretched probably 12-14 blocks or at least that’s what it seemed like, with the 5k folks bringing up the rear.  The event opened with the National Anthem loudly echoing through the downtown area off the buildings on a cool and slightly damp morning.  As we advanced to the front we were tight packed in like sardines and the ability to stretch in place limited.

As we took off from the line I knew I had to stick to my plan, my pace, and keep moving.  I passed…and passed…and dodged…and weaved to try and move to the front of the pack, finally finding my stride.  It was a great course with some change in elevation, a nice downhill, and an annoying uphill that I somehow forgot about.  My moment of “oh no” happened partway through when I felt myself get off pace because I was worried the 5k course was somehow not going to be clearly marked from the ¼ or the ½ marathon course.  I lost focus, I changed up my run, and it threw me off.  Did it contribute to my finish time, yes, but not entirely.  Lesson learned, “keep focused and push forward.”

The last mile felt pretty good once I regained composure and saw that the 5k route was marked well (great job and kudos to the event folks!) I don’t know how you could miss it.  As I approached the final stretch to the finish I could see the arch up ahead, I looked at the watch and while part of me doubted I knew I had to sprint it out and try to beat my PR.  Pain of a slight tweak to my knee I kept pushing to a strong finish of 25:56, and 50 seconds off what I needed.  Overall I shocked myself when I found the results online and it made me want to sign up for several more events.  I placed 45th out of 1301 people overall, 33rd out of 421 males, and SECOND in my age category!

The race swag was awesome, the food to die for, and the entire day felt like a great one despite coming up short.  It left me wanting more and gave me even more of a push to try and break under 25 minutes on the 5k.

It was a day I will remember for a long time, and as my son Jonas likes to say, “it was my best day ever!”  This past Saturday morning we had the opportunity to join several of our brothers and sisters at the Walk to Cure Arthritis in Columbus, Ohio.  The event was held at the Columbus Zoo and Aquarium with a rainy start to the morning for all attendees.  We were invited to the event by “Team Huddleston” from Big Walnut Joint Fire District in Marengo to participate in the event with their family and fellow firefighters.

It was an interesting start to the morning, not being used to packing that extra gear bag with a tiny set of turnout gear for my pint sized pal that weighs a little more than a heavy SCBA pack.  Changing into gear we joined the rest of the team that was easy to spot in the parking lot.  There was no mistaking us and Jonas had no problems keeping us all in sight.  He made friends quickly with another firefighters daughter (I don’t know where he gets it from) and did pretty well for a four year old at the zoo before any of the exhibits were really open.  We got to see a few animals that were out and about that I know I have never seen during normal hours.

For me it was a great way to share an event with my son and partake in some Brotherhood while stretching our legs.  It was a great warmup, but nothing like my normal Saturday cardio.  Our walk for the day was a 2.5-mile adventure in gear back through the park, answering questions along the way about the fire gear and talking to people.  It was also learning a little bit about just how many people and the demographic of people that are affected by the disease.  Just as important was getting to show support for a brother firefighter who is affected as well.  Its family.

This was no competition, although Jonas kept pushing along to the finish like a seasoned competitor.  This event was to show support and look for cures, something that I wholeheartedly support and champion for.  The whole time he’s experiencing what I’ve seen in the past, but through a child’s eyes.  He met two younger boys that were honorees and the event supports, and as a couple kids talking he understands the basics of why we were there and doing what we do.  I think he’s definitely ready for another event, now just to find one that’s a good fit for us both.  Involve your kids, keep them active and not just in sports but in ways of making a difference.  While not all our kids are going to follow in our footsteps as firefighters, showing them the way and paving a path for them to DTRT is highly beneficial.

Just because you’re not training, or maybe a little out of shape doesn’t mean you can’t step in, pull up the bunkers and get out there for events like this.  Its good for your health, the cause, and shows that there is more than just fighting fire.  Who knows, you might find that you like this walk and sign up for another, or run in a 5k, or maybe a 9/11 Climb.  Get out of station, and pay it forward!

Hopefully I will be following this up with an interview with my son from his first turnout event.  We’ll see how that goes and how a four-year-old can say it!