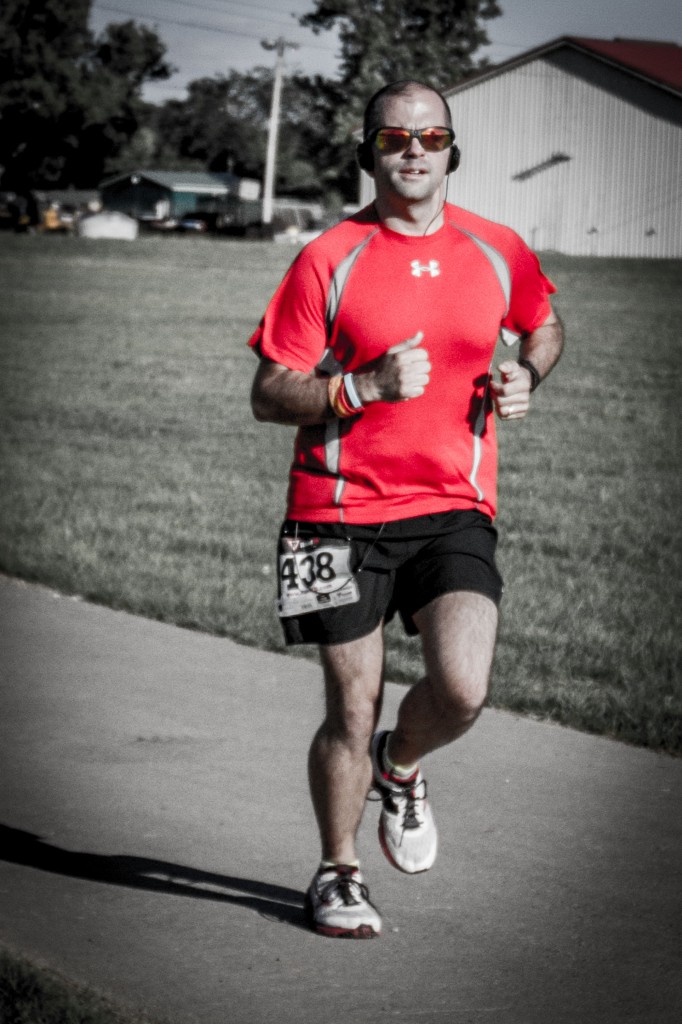 Well, if I was looking for a year filled with events and new things, the end of 2013 and 2014 has definitely delivered that.  Due to a late night call and a few other circumstances out of my control I did not compete at the Westerville Bike Race, but I haven’t been idle.  Two other 5k’s that I never ran previously I added into my list of accomplishments in trying to hit a new PR.

I ran in the Field of Heroes at Westerville on Memorial Day weekend which was a beautiful mostly flat course with a run through an awesome wooded park.  The course took us through Westerville Fire Station…not around, but through the apparatus floor!  We finished in a field completely planted with American flags for a VERY patriotic end and a 25:29 time for me.

Up next was an evening event, something that I don’t typically do, but I liked the cause and I felt the need to hit the road.  The “Be a Hero for Military Kids 5k” at Scioto Audubon Metro Park was a warm and slightly humid run that benefitted kids whos parents are deployed to send them to camp.  Knowing many military families and having a very soft spot for kids it was a great way to pay forward.  This park…is huge!  I’ve never been there before and its quite the hidden gem a stones throw from downtown Columbus, in fact you have a great view of the skyline.  It has flat areas, wooded areas, nice rolling path, and plenty of green space to play.  They had family events (which I brought along) and not your typical race food, but after that jaunt I was more than happy to devour picnic style food.  I finished with a 25:30 which I was happy with, but isn’t getting me past my PR from a cold December run last year that I want to shatter.  I’m in the pursuit of a sub 25 time for my first time ever and will accomplish it this year.
I’ve had a few weeks off, but not really slowing down too much.  I’m still lifting, still hitting the aerobics, biking to help work my knee (damn tendonitis) a little differently, and still doing plenty of cardio to train.  I’m looking forward to vacation and running in that state up north.

I’m already working on two other articles and will be posting an announcement and maybe a video in the near future.  Plenty of exciting things coming up!!!