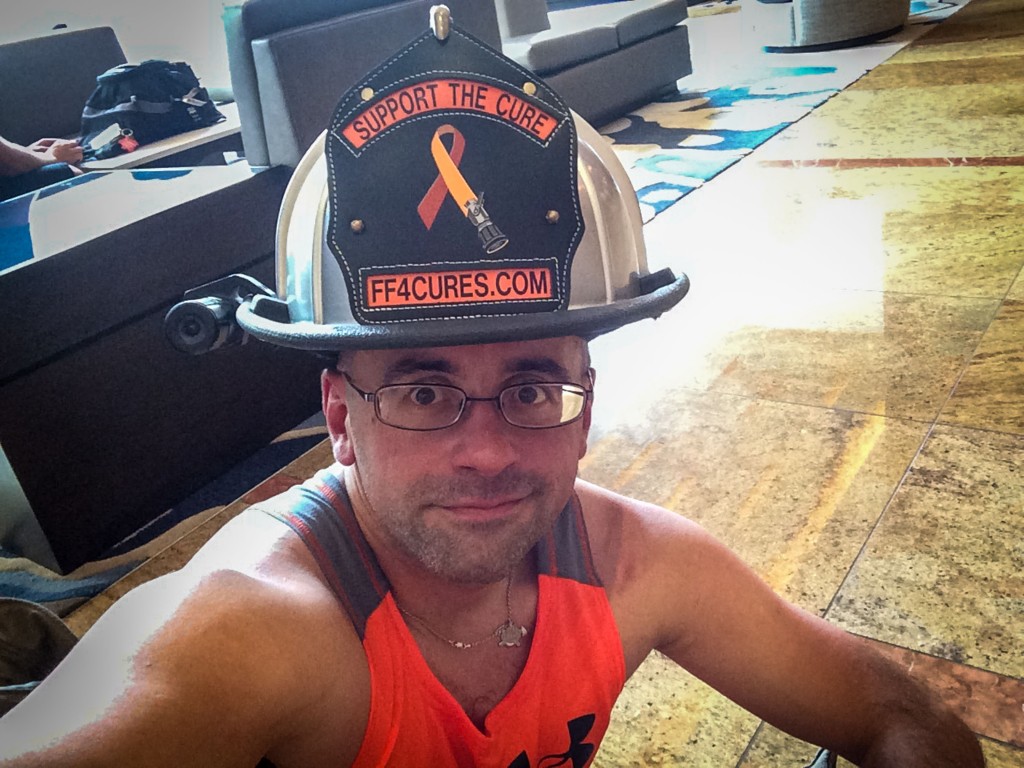 This blog post is a couple days behind, but I don’t always have the luxury of taking a flight to some venues where I can type on the way home and let someone else do the driving (flying). The long drive out to Baltimore, Maryland is complete and another great 9/11 Memorial Stair Climb has been finished with all 343 of our brothers and sisters making the ascent being carried by those participating.

I couldn’t have asked for better weather for the trip out, it sure beat when I kicked off FF4CURES last year. In 2013 I made the trip to Firehouse Expo with air conditioning that went out on me 50 miles into the trip on a 90+ degree weekend. The skies were clear and for the most part the road there gave me no troubles. I reunited with a friend I met last year at the 9/11 climb and spent a little time at Morningside F.D. in PG county. Let me tell you how refreshing it is to travel to other departments anywhere, especially those with such passion and drive for the job.

Friday morning we made the drive into the city for what was a smaller, but still well attended climb that benefits the National Fallen Firefighters Foundation. The 20 floor Hilton next to the Convention Center was again home to our climb and graciously allow us to setup base and hold the event. A short ceremony started out the event, followed by all of us proceeding to the stairwell for (5) full trips up. There was more than a plenty of time to stop and talk to brothers along the way and to poke with encouragement to keep going. Even with the banter between firefighters we all know the seriousness and meaning behind the climb.

There are no medals, there is no first place, last place, or even a competition other than the self-drive to complete one of these and experience the event and commit to never forgetting those that made the ultimate sacrifice. Although an untimed event it is still quite the physical and mental challenge for those involved. Make no mistake; you will be climbing 110 floors in full bunker gear, which is going to get your body pumping. If you are looking for a great first climb, this is one that I would recommend as a way to get out there and be a part of something bigger and challenging your body!

The rest of Friday I spent reuniting with brothers and sisters along with supporters or vendors that I have had the opportunity to work with over the last many years. Whenever you get the opportunity to do this I encourage it, whether you are looking for something new or not there is only so much your new guy Google searching can do. Get out and touch some of the tools, equipment, and apparatus. See it demo’d and actually get to see it in action for yourself rather than a YouTube video. Maybe you come home with an idea, maybe you don’t, but I tend to come back from these shows with new ideas and refreshed.

Where ever you are traveling and climbing, be safe, and Never Forget why we are doing this! 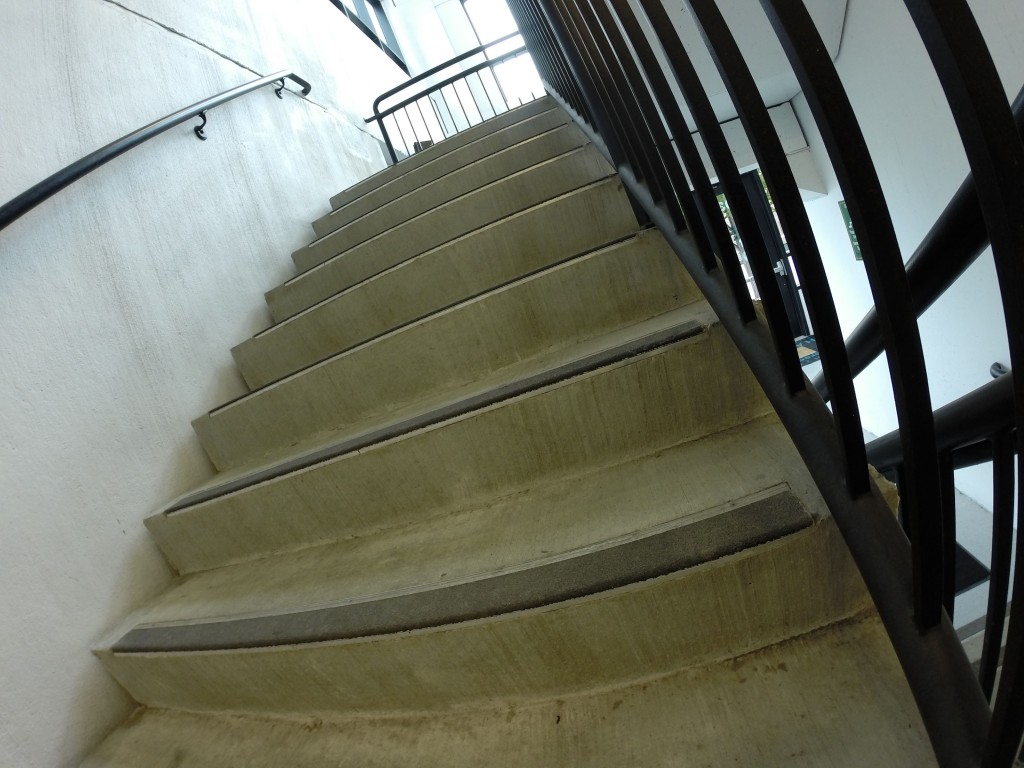 You’re on vacation, far away from the gym and the normal routine that your body has been used to for months…for some of you even longer depending on how frequently you can get away.  If you’re like me you somewhat dread those days away from pushing your body to the limits and getting that post-workout endorphin high.  Over the past few years I’ve learned that while that time away will be a challenge you have to look at some of your daily activities to “fit” some time in no matter where you are.

Booking that hotel for your three day getaway, what amenities does it have?  Is there a fitness center, pool, or multiple floors?  Even if in the evening after the family goes to bed or in the morning while everyone else is showering and getting ready the available equipment at the hotel can let you sweat.  Don’t expect it to have every machine from your local 24 hour fitness world, but adapt a little.  If you’re looking for a little cardio, find that stairwell and run the floors to work your legs out.  Word of advice from a climber…scout out your stairwell and make sure none of the doors are alarmed if you have to exit to the outside.

Camping is a little more difficult, you usually don’t have the fitness center or the stairwells, but chances are your site is a distance and offers some great trails.  Recently I spent a week in Michigan camping and even with driving during the day managed to put 8 miles or so on the FitBit.  Those extra walks in the evening, taking the long way around to the camp store, and even walking parking garages add up!

I’m not going to say its going to match your usual lengthy workout, but keep in mind your body and mind need some down time while on vacation as well.  Changing it up gives it some rest and throws some different things at it.  Stay active, but enjoy your time! 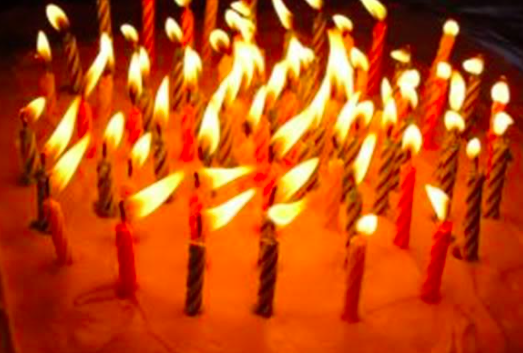 It was a year ago that I first launched my blogsite online to really get a voice out there and put positive information out there and give a place to coordinate all my event information to. I was headed out on vacation and had a plan to spend some of the late night around the campfire pushing out the look and adding the first posts to the site. The site went live as I pushed the buttons and transmitted files from a campsite in the middle of no where in West Virginia on the way to my final vacation destination. Little did I know around my campfire in Virginia Beach that summer that it would take off like it has and allow me to reach so many people, goals, and see a difference in the world. I had a few hits here and there after it went live, but it was slow at first and had me worried. The site was very empty and didn’t have much information or oomph to drive people in, but that has changed!

Hanging out the shingle

I went back and forth many times about would I launch the website or not and finally I knew I had to make the push. A movie quote from the 90’s kept coming to mind from the film Jerry McGuire at the opening. Jerry (Tom Cruise) takes his manifesto to the Copymat and is greeted by the longhaired assistant who says “that’s how you become great man, hang your balls out there,” in reference to his writing. What started out as a memo for Jerry was titled “The things we think and do not say, the future of our business. Click here for a Youtube of the clip: https://www.youtube.com/watch?v=eulCLmohqSQ

Let me say that throwing your name out there and getting your voice in front of people is a huge thing and not as easy as it seems. It is very much about “hanging your balls out there,” and being very open. Say the right thing or something that sparks a lot of positive feedback and you are golden, go against the grain or make a mistake and you become the Internet whipping boy and take a beating. Having been involved with journalism in a small town for years before going regional I’ve seen my share of interesting moments. One thing that I have learned and have to continue to tell myself is that not that everyone’s opinion matters, the other is that where are they?   Are they out there at these events, or a sponsor, or paying my way, or beside me training, if not then how much should I let it bother me?

My blogsite on the other hand is a little different whereas its not local news and not necessarily a single topic, but more complex, has opinion, covers a very specific niche, and gives information where there are many in competition. Far from being the first blogger out there in the fire service I watched and was inspired from some of whom I consider the best and tried to mold it into what I was looking for.

Just how widespread have I gotten with the blog?

I thought maybe, maybe in the first year a few thousand people out there would see the blog and comment, email, or get in contact with me and thought that to be a good goal. Little did I know that in the first year it would be a success and the marketing of it would go so well. In the first year I’ve reached over 38000 people around the world, not just in the United States. Coming to events I have been met with people that I have talked to online, and others that had seen the website, videos, or posts, some while competing ask about the website and who I’m representing.

Marketing in any business can be a challenge and an ongoing battle and you really have to put your back into it…literally! Part of the marketing goes right down to the bunker gear, shirts, and equipment that I wear. The custom bunker gear is emblazoned with the website name, shirts with hashtags, websites, and logos, and keeping it branded is important. Just as important are a few names on there. Wherever I go I represent my department, I am here because of them and its what I do and whom I serve. My website is back there on the rear, and does that ever get attention and people heading to the site. My last name, well its who I am and my family and a big part of why I got into this.

Does the marketing work? Well at several climbs and one race in the last year I’ve had people sending messages before I even left the event because they wanted to know what FF4CURES is about.

Where will I go in year two?

Let me tell you, year one was pretty explosive with the number of events, the places, and the amount of information I’ve put out there so I sure have a tough act to follow. Already looking at my events page, things are starting to fill up and September is going to put some miles on the truck…and my body. My goal is to continue the momentum built in 2013 and 2014 so far, compete in some new events, hit some PR, and get even more involved with events. With any luck, maybe I’ll be hitting some VIP statuses this year or maybe heading to a few award ceremonies. Yes I said luck, because you can train as hard and work as hard as you want, but when it comes down to game time for an event months away…the common cold can happen, the bumps and bruises can take their toll.

Most importantly in this next year I want to be happy. I truly am and doing these events and being a part of something bigger than yourself is a great feeling that I don’t think everyone understands.   When you meet the survivors, their families, honored guests, coordinators, and others involved, you truly see and feel the impact that you make.

In my writing am I trying to achieve the status of other fire bloggers out there, no because I think I might have a slightly different niche. I am however trying my best to stay as active as they are at promoting the causes that mean the most and stay as active as they are. Hats off to my fellow fire bloggers you have inspired many (this guy included) to get out there and make a difference and be the change.

Thanks for checking me out the first year, heres to hoping the next year is even bigger and more exciting yet!