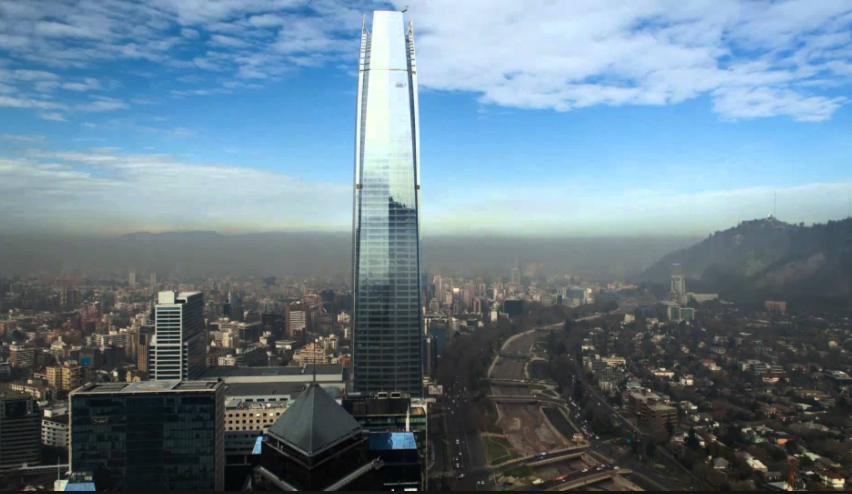 Over the course of the last eleven-and-a-half years, Fredericktown Community Fire District Firefighter Jason Bostic has traveled the United States to represent his department, and the state of Ohio in competition. This September however, Bostic will be taking that to a whole different level as he heads to Santiago, Chile to represent the United States in the “Race for Life”. Held at the Constanera Centre Tower, firefighters will climb 1800 steps up the tallest building in South America to promote and encourage organ donation.

“I feel this will be one of my top challenges in my life to this point,” said Bostic. “Out of country, the tallest in another part of the world, and representing the United States, how many people can say that? Racing up that many steps in full firefighting gear on air is something that many cannot complete.

Firefighters will race to the top of the tower wearing 50-75 pounds of firefighting equipment made to keep the heat out, but it keeps the heat in and pushes the body. This competition is similar to Seattle, Cleveland, Indianapolis, and many others that Bostic does, so the training is no different.

“There’s nothing easy about these challenges, but if we wanted easy I guess we wouldn’t have signed up for a challenging calling in the first place,” said Bostic. “Stair climbs are a cardiorespiratory punishment on the body that pushes us, and training keeps us firefighter fit for duty.”

Bostic heard of the event in the winter of 2016 as firefighters he maintained contact with in Chile spoke very highly of their inaugural event that was coming up. With everything going on at the time with his honoree Brian Ford, the ability to leave the country was not an option. When he attended the Scott Firefighter Stair Climb in March of 2017 again he was invited and encouraged of the support from their department to compete.

“Brotherhood extends worldwide, and my Chilean firefighters are an amazing blessing to compete with and to have in my life. We’ve stayed in contact over the last several years and look forward to every opportunity to see them. I am highly honored at the invitation and support from their department to travel to Chile.”

This is the second year of the event, with over 500 volunteer firefighters competing in the fall of 2016.

“In a time where the word volunteer in the United States is dwindling, I am proud to be representing a volunteer organization in a country whose firefighting system is based completely around volunteers,” said Bostic. “It amazes me at their system, their camaraderie, their brotherhood, and their ethic, that right there is what makes it work. I’m very excited to see it in action.”

Once arriving in Chile, he will be living in at Vitacura Company 18 where several of his fellow competitors from Seattle are a member.

“I am honored to not only have such an invitation to compete, but to have the offer extended to stay there truly means a lot.”

As excited as he is about the competition, the excitement of the cause is something that is close to him as well. The “Race for Life” promotes organ donation in Chile, something that Bostic is familiar with.

“In 1990, my mom received a non-related, not perfect match of bone marrow from the Netherlands. Without promotion of organ and tissue donation in other countries, that may not have happened,” said Bostic. “For mom, that was her cure, and now I will continue to pay forward and promote such ideals in hopes that we can save more lives.”

While his fundraising and registration is complete, the costs of getting to the country are not, and he is seeking sponsorships to cover or reduce the logistics. Companies, organizations, and individuals wishing to sponsor may contact him at 740-627-1664 or jason@ff4cures.com. Those sponsoring will be recognized on competition jerseys, banners, and social media throughout the year.

For more information about this climb you can visit his website at www.ff4cures.com.