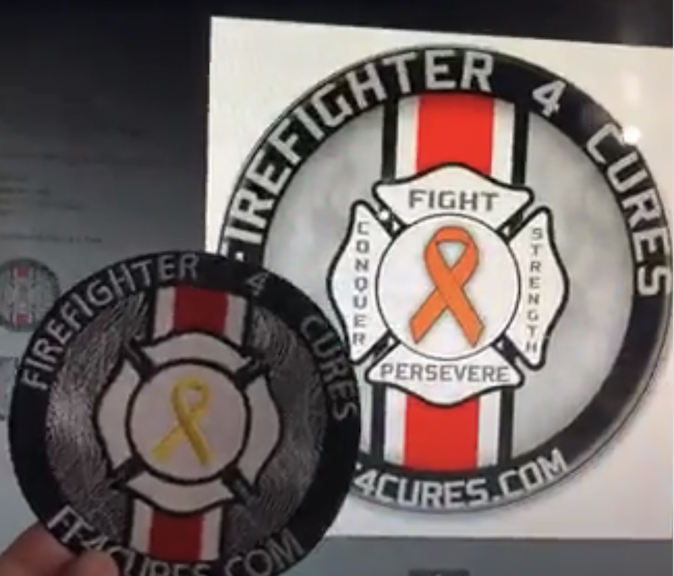 Being in the fire service 20 years you come across a variety of things that you never thought you would find yourself involved in.  Planning fundraisers, cooking food for your closest 20-250 friends, shopping for $30,000 in tools, drawing up and spec’ing out a half million-dollar rescue, or the more common, dealing in apparel and items for members.  Whatever the product, you will find that not all companies are equal and have your share of pain and problems…but every once in a while, you find that one that continuously knocks it out of the park.

In the past month, due to contracts or whomever was stocking certain items requiring me to shop at specific stores, I have found myself stymied by excuses, problems, and products that didn’t meet my needs.  Heck, I the last 48 hours I’ve had three separate orders that have just went POOF and they were gone with other places.

Let me tell you about a company that has never let me down, and found ways to go above and beyond in what they do, that’s Get Hosed Apparel.  Jay and Staci set out on this venture several years ago in what many think is a big booming warehouse and manufacturing facility with countless machines and minions that are cranking out the product.  When quite the opposite is true, and the high quality, personal touch, great communication, and detail proves just that.

I made the connection not long after they started business, so I’ve seen it go through the changes, transformation, ups, downs, and the amazing success.  What started out for me with a radio strap and bucket made out of old retired LDH turned into product after product.  I’ve turned to them for personal orders, department orders, leather radio straps, bags, laser work, apparel, cups, gifts, you name it.

Recently to advance the look of “Firefighter 4 Cures” brand and get it out there further, I decided to take things a step further with embroidery of our logo.  Little did I know that would lead to the ability to do patches (just as easy) and then the desire that more people were going to want those.  Now, go do a search on the Internet for custom patch design, patch manufacturing, and you will find countless places to do it from.  Along with that, you will found countless problems, customer service issues, high digitizing fees, oh and did I mention mostly manufactured overseas?!

Here comes Get Hosed Apparel with the win once again.  Embroidery work, digitizing of my design, flexible, affordable, great communication, and then to top it off the ability to knock these patches out, all right here from the Buckeye State in the great United States of America.  No middle man, no overseas operation, no hassle, and nothing but the best!  I didn’t have to deal with the random customer support person EVERY time that I want to contact Get Hosed Apparel like you do at other companies.  One person, that’s it!

Who knows where this latest adventure will lead in promoting cures, funding cures, and finding cures, but having a great company to work with makes it easy!  Keep checking back for new and exciting things!

FREDERICKTOWN – Joining 2100 firefighters from around the world, local firefighter Jason Bostic will compete in the 29th annual Leukemia and Lymphoma Society Firefighter Stairclimb on March 8, 2020.  Bostic is a firefighter with the Johnsville Fire Department in Morrow County and the Fredericktown Community Fire District, and has represented Ohio the last 14-years at the event.

Along with firefighters from 360 fire departments, 26 states, and five countries, he will compete in the timed race up 69 floors to the top of the Columbia Center tower in Seattle, WA. The building at 788 feet of vertical elevation stands as the second tallest building west of the Mississippi and will take firefighters 1354 steps to reach the top. Firefighters will race to the top wearing full combat gear and a self-contained breathing apparatus (SCBA) weighing an average of 60-70 pounds.

“This competition is grueling, it is a mental and physical challenge that will take you beyond what you conceived were your limits, and it puts things in perspective” said Bostic.  “At the end of the day after the competition our battle is done, but for those with blood cancers the battle goes on.  It pushes me to not give up, to keep fighting, and to keep going for those that can’t fight.”

From start to finish, firefighters in this event are on the air from their SCBA.  With the gear they wear and the heat from the stairwell it turns into an intense battle to get to the top.  While each is pushing for their time, their personal best, their fundraising goals, the end result for the thousands involved is one goal, to beat blood cancer.  Once firefighters get involved in the event, for many it becomes a primary focus per year for them.

“This has been 14-years in the making, and I am excited to compete once again on this level with some of the best firefighters there are for an organization that means so much,” said Firefighter Jason Bostic.  “This is a life changing event that brings so much good to those battling blood cancers, the health and fitness aspects of preparing for the event, and such amazing brotherhood.”

Preparing for the event is not something easy to duplicate in rural Central Ohio.  With no buildings even close to what the Columbia Center Tower is, it takes a different level of training in order to be physically and mentally ready.  In addition to a regimen in the gym, and the firehouse, Bostic utilizes other competitive stair climbs and races in the Midwest to prepare.

“I run the training tower in gear, I run a considerable number of stairs, I do some pretty intense cardio routines that push the body to the limits, and it serves a dual purpose.  Readiness for the competition and for being firefighter fit,” said Bostic.  “I have numerous other climbs that help me prepare for Seattle, but this one has my heart because of my connection with Leukemia.”

Beyond the competition aspects of the stair climb, for the sixth year, Bostic is an Ambassador for the LLS that works with the International teams and those in the Eastern United States.  As an Ambassador, the greater part of the year is spent in promotion, event planning, working with firefighters from around the world, and pulling off the largest firefighter fundraiser of its kind.

“Being an ambassador to the climb keeps me engaged with my brother firefighters to help push all of us forward in finding cures, setting records, and collectively making a difference,” said Bostic.  “We are the faces of the LLS to the firefighter world and strive to promote this event and keep it to a premier level, which in turn keeps allowing us to get closer to the goal, cures.”

This is the fourteenth time that he has competed in the event, yearly pushing close to the $2000 mark in fundraising.

“My personal goal this year is $2000 toward an event goal of $3 million dollars.  The fundraising is slow and gradual, but it is exciting to hit these goals,” said Bostic.  “I can’t payback the efforts of what the L&LS and their research did to save my mom, but I can pay it forward and know it makes a difference.”

Bostic’s motivation for participating in the event was his mother Peggy’s illness of Chronic Myelogenous Leukemia that nearly took her life in 1986. Her long battle with CML continued to slowly kill her until she received a bone marrow transplant in 1990. The unmatched, unrelated bone marrow transplant was the first of its kind at The Ohio State University Medical Center and was before the James Cancer Institute came to fruition. Without fundraisers and funding for research, her life may not have been saved. She has been in remission since 1993 and continues to live a healthy life.

For more information about his climb and to donate you can visit his LLS donation website at http://www.llswa.org/goto/FF4CURES2020