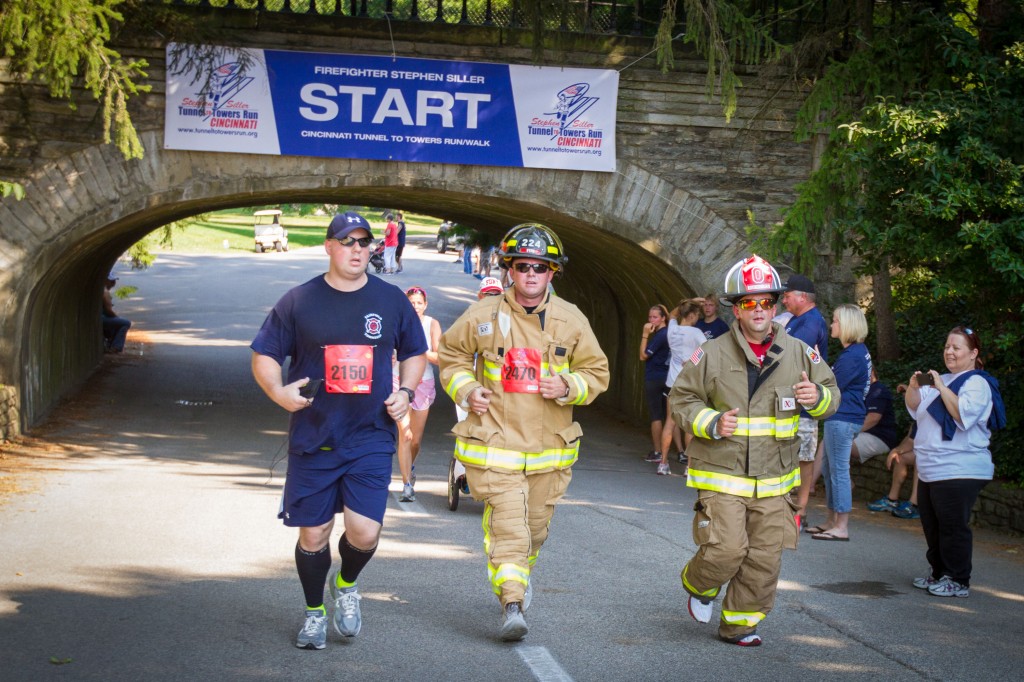 What a day it was, running the Tunnel to Towers event in Cincinnati, Ohio on Sunday and a way to remember and honor our fallen brothers from almost 12 years ago.  The T2T run was inspired by Stephen Siller of the FDNY who was getting off shift when he heard of the tragedy and drove back to get his gear.  When he arrived at the Brooklyn Battery Tunnel, Brother Siller was unable to drive through because it was locked down for security.  Donning his gear he ran the distance to the World Trade Center.

It was a day of reflection, donning the gear and running not his own footsteps, but a similar distance to a much more peaceful end.  Brother Siller had the “option” to go on and play golf with family members he was supposed to be meeting that day, but he chose to help those in need and ended up making the ultimate sacrifice.  With each pounding step during the event I couldn’t help but contemplate life and giving and what might have been crossing the minds of 343 who responded to that call.

The run was tiring, intense, meaningful, and something that leaves you forever changed.  Although my finish time was a far cry from the just over 26 minutes that I have done elsewhere without gear, crossing the finish line was more meaningful to me.  I have climbed in fire gear, fought fire in fire gear, run races, and performed other competitions in fire gear, but this was different.

When faced with a decision, what will you do?  Will you take the easy route, or will you pull up your boots and sacrifice.  As the week of September 11 is upon us, let us all take time to reflect and NEVER FORGET.